The Human Face of the Story

At the beginning of this project, Alicia was totally unemployed and had terrific pressure from overdue debts. “I was struggling not to lose my apartment,” she related.

Alicia continued, “The seminar helped me in a personal sense. (I thought about) the different areas of my life that I’ve not paid attention to. Now I can take the teachings (Living Consciously®) and take power over living.” Alicia is the mother of six children, ages three to thirteen.

Seven months after the Living Consciously seminar, Alicia had a six and a half month work history at a single job, 70% of her debts had been paid off, her children and herself were stabilized and looking toward a promising future.

“ I don’t have as many stresses as when I first started. I was totally in over my head,” Alicia admitted. “Living Consciously has helped me put perspective at work for myself and my family. It has guided me. I had the right attitude, but I was going about it totally in the wrong way.”

PLEASE NOTE: most places are looking for a 3% – 5% improvement from programmatic implementation with mainstream adults. All these participants were high-risk individuals. 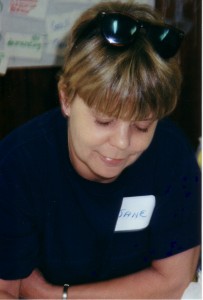 Jane, one of 10 longest cases in county

Before her experience with Living Consciously, Jane was one of the ten individuals who had been on the public assistance roles in Ingham County (Michigan) for the longest time. Shortly after the seminar, she gained full time employment.

“I have incorporated techniques learned throughout the (Living Consciously) course. It has improved my outlook and well-being. This is an excellent course!”

Four months later, Jane commented, “The seminar taught me new tools to apply to everyday living. I have improved the quality of my life 100%.”

Eleven months after the seminar, as the program ended, Jane was still employed and doing very well on her job.

Craig, husband and father of four

Craig, who had been threatened with sanction if he didn’t attend the seminar, stayed after the seminar. He commented, with tears in his eyes, “I’ve made a mess of my life. I’ve let my mother do what I should have taken responsibility for. This (Living Consciously) makes sense. I can do it and am going to do better.”

Immediately after the seminar, Craig self-initiated significant personal changes. He cleaned up his appearance, applied for and got a job. He moved his family from a very small trailer in poor repair to a subsidized, four-bedroom apartment in a much better neighborhood.

Craig dropped his association with his former friends completely, due to their becoming involved in drugs. He was vehement about protecting his children from that behavior: “When you stop being with people who do drugs, it is better for you,” he commented.

Seven months later, Craig had sustained employment of 30 hours or more per week. There were substantial improvements at their home, including an alert and positive atmosphere. The whole family appeared happy and well groomed. The apartment was better furnished and more orderly.

“It’s better”, his wife Missy said about their life now. She has also made efforts to find and keep employment.

PLEASE NOTE: most places are looking for a 3% – 5% improvement from programmatic implementation with mainstream adults. All these participants were high-risk individuals.

Comments of others about their Living Consciously experience:

“My greatest achievement has been making it on my own in life.”

“I love it! It actually works! … One needs the right mind set. Now, I see opportunity in crisis! I realize that my choices make something a barrier or an opportunity.”

“I learned a lot from the Living Consciously seminar, like how to take life seriously and about the consequences of my choices. It definitely changed me. I used to be really frustrated and depressed. Now, I am thinking out my choices before I make them, seeing how they affect not only me, but also my children.”

“Since the Living Consciously seminar, I am much more upbeat in my attitude. I’ve improved the ways I handle myself and situations. I no longer feel compelled to retaliate against people who hurt me.”