Warning: "continue" targeting switch is equivalent to "break". Did you mean to use "continue 2"? in D:\home\consciouscommunityinc.org\wwwroot\wp-content\plugins\wp-e-commerce\wpsc-components\merchant-core-v2\helpers\gateways.php on line 304
 Why a causal, holistic solutions are needed. | Conscious Community Inc.

Living Consciously is a causal and holistic solution.  This approach is necessary to remove the symptoms of unconstructive, fear-based choices and behaviors.

No matter how forcefully we suppress the symptoms of unconstructive,  fear-based choices, they will keep coming back in ever increasing waves.  Looking out at all the troubles facing our world, we see what happens when millions upon millions of people hold the same, fear-based paradigm in common.  Often the negatives can seem overwhelming, too great to surmount. 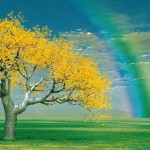 But, if we start at the causal, holistic level, there is a chance for full recovery – and a powerful one.  We must remove these UNconstructive symptoms consciously at their causes and replace them with constructive, conscious choice.

Currently, programmatic responses created to remove the symptoms of UNconstructive choices within individuals are most often in the genre of cognitive behavioral therapy (CBT).   Aimed at suppressing symptoms of unconstructive choices, it involves application of intellectual reasoning and force toward compelling the desired changes in the targeted behavior in others.

Having gone through both Living Consciously and Moral Recognition Therapy, Zoey compares LC to MRT

For a quick comparison of the CBT/MRT genre of programming with a causal, holistic programming approach, please peruse the chart below:

Our causal approach (inside out) starts at the initial, minute beginnings of both constructive an UNconstructive behavior patterns with single, simple, fundamental, basic choices.  (Think of it as similar to focusing on a one-celled animal.)

The causal approach drills down until an “either/or” situation is reached.  In electronic parlance, it probes to the point of the functionality of a toggle switch.  A simple light switch is a common example of a toggle switch.  One way the light is on (constructive choice).  The other way the light is off (UNconstructive choice).

It is important to note that most people today make their choices at the causal level UNconsciously.  This also makes them highly susceptible to the unconstructive suggestions and agendas that almost literally saturate the atmosphere in which we all live today.

Living Consciously helps people identify and sort out the constructive from the Unconstructive, as they are making their choices.

True causal choices are intuitive, including the ability to feel and “know” right from wrong.  (We do not disagree that many people have been conditioned over the years to forget and deny conscience.)  Only one person, in the thousands we have worked with, has not more or less readily, eventually happily, reverted to their “original programming” of sensing when another part of life is hurting and knowing when they are the ones doing the hurting.  This includes hurting themselves.

Causal programming passes through the intellect for context, but is wired within the emotions, and into the spirit and the LIFE of the individual.  Therefore, there is no need for a lot of memorization and recall.  The participants basically become the process instinctively.  The process becomes a natural part of their lives.  They do not have to sort through a collection of prescribed, memorized choices for the “best” response in a given situation.  Life often moves too rapidly for such a search-before-response is practical.

The change to causal, conscious living is done in “baby steps”, increments that are within the power and ability of nearly every person.  Causal programming makes the spectrum of everyday choices conscious.  It connects the power of conscious choice once again to their conscience and consciousness.

With the dynamic of free-will choice moved into conscious application, participants begin to remove the foundations for virtually all unconstructive symptoms and behaviors.  Sometimes there are constructive changes that are resisted temporarily, but the struggle is usually of short duration, i.e. several months only.

Once enough of the unconstructive causal choices in all aspects of the person – mental, emotional, physical, and spirit (not doctrinal) – are sorted out and the constructive choices reaffirmed, the UNconstructive symptoms simply collapse and dissolve.  The foundations upon which the negative symptomatic behaviors rest are gone.

The power each person already has within themselves is returned to them.  With it, they discover, also within themselves, that which is worthy, balanced, well and constructive – and rehabilitate or replace what is not.  This also restores self-respect and worthiness.   From there, they have the means to turn their lives around, make sustainable improvements, and build the constructive lives of which they’ve dreamed.

And they now desire that life above all else. Thus the individual themselves becomes the cornerstone and center of the sustainability of their own success.

This is the only way effective, balanced, constructive living is sustained.  Each person must consciously run their own life constructively.  It is not something that can be delegated to any outside person or authority without disastrous, unacceptable results.