Warning: "continue" targeting switch is equivalent to "break". Did you mean to use "continue 2"? in D:\home\consciouscommunityinc.org\wwwroot\wp-content\plugins\wp-e-commerce\wpsc-components\merchant-core-v2\helpers\gateways.php on line 304
 Our LIFE is Our Divine Parent. | Conscious Community Inc.

Who We ARE in a Religious and Spiritual Context?

According to all the scriptures in every major religion, all through the ages, the Highest Power has held continuous contact and communication with Its Children.  And in each tradition and by whatever their Name for the Creator is, the Highest Power is the Source of LIFE.   The Creator is described as extending a part of Itself into a body.  And with It’s 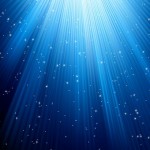 arrival, the body became a living person.  Whether it is called the Word, breath, Prana or something similar that comes from the Highest Power, it IS our LIFE.

Based on both the above, we assert that it is legitimate to affirm that humanity’s Highest Common Denominator, the LIFE in each of us, is the Highest Power IN us!

The ramifications of this are monumental.  The potentials are astronomical.

The most difficult task by far will be our learning to accept it – one person at a time.

Certainly there are a host of adversaries to the acceptance of this illumination, this reality.  They are found in a plethora of forms from governments to financial and commercial concerns to even religious organizations – that all have a major stake in keeping us afraid, malleable, influenced, guilty and in their control, in other words, dependent on them.

Let us forgive them!  Thank them for the lesson they’ve given us in misery and limitation.  Gently let go of it.  Don’t allow it to rule us anymore or again.  Whatever is unconstructive can only exist by our consent and support – by us giving part of our LIFE for it to continue its existence.

And what if it IS true and the kingdom of the Highest Power IS within us, each and all? 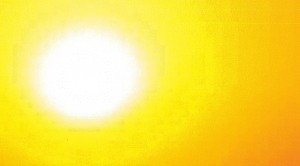 Can we use Its Power to escape the chains of false diversity that pits us against one another in conflicts that are unconstructive on both sides?

Can we use its Love to forgive and heal?  And then join in relationships based on Love and unity?

Can we use Its Wisdom to, consciously united, create our world anew?

Can we, in our daily lives, become what, in truth, we ARE?

Know that Choice is Power – and every one of us has that Power in equal measure!

Please ponder all this within yourself.  Please take it UP to the Highest Power, whatever you call it, for understanding, comfort and direction.

Keep it in your heart while you continue through every day of your life.  And never let it go.